Jason is responsible for all aspects of civil litigation case management from intake to verdict. This includes drafting pleadings, discovery demands, and responses, taking and defending depositions, drafting and arguing motions and appeals for both substantive and procedural issues. Jason appears at all types of court appearances in both state and federal courts of all levels including jury and bench trials. 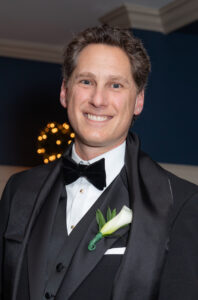 Jason is a New York native having graduated from the State University of New York at Binghamton in 1994 with a Bachelor of Science degree in biology. He was also co-captain of the school’s ski team. After college, he worked in a Manhattan law firm’s asbestos litigation department before going to law school. Jason graduated cum laude from New York Law School in 1998 where he received the honor of being Chief Notes & Comments Editor on the New York Law School Journal of Human Rights. His Note on the constitutionality of same-sex public education was published in the Journal. Jason also participated in the 1996 Charles W. Froessel Moot Court Competition.

Outside of the office, Jason has been a volunteer Attorney Coach for a local high school in connection with their participation in the New York State High School Mock Trial Competition.